It's our last day of introductions and today I'm bringing you...

For the accessories to our mixed media templates I have designed a couple of hats, these will be available in both sizes to coordinate with the previously released mixed media templates.
There are two styles of hat with possibilities of others depending on how you use the pieces. There are two sizes of pom pom too, these templates will be sold as pre-cut I can't imagine having to fussy cut out those pom poms. 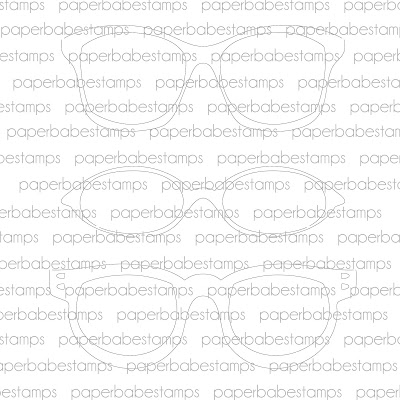 To compliment the accessory range, these will also be pre cut and will coordinate with the previously released templates. They will be available in two sizes standard and mini.

And lastly but no means least is another design to add to our stencil range... 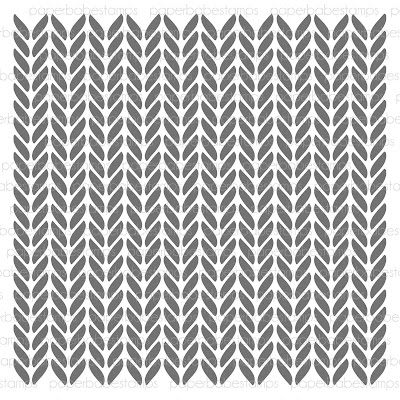 I couldn't resist the knit design inspired from an earlier stamp set DesignA knit, I thought it would compliment the hat templates and it's great for adding texture and pattern to your projects.

Next is my sample, 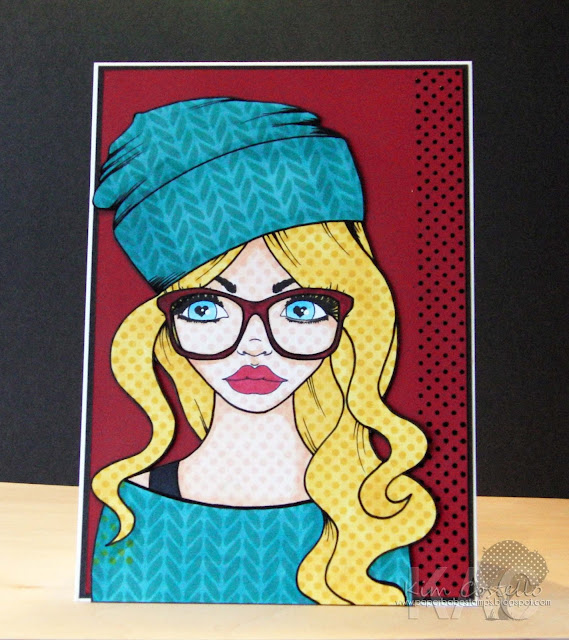 I didn't get time to create as much as I wanted, but decided to use all todays release in another comic pop art style card as it's my new favourite.
This is a large A5 card, I have drawn in order the hat, the first hair piece, the head, fringe of her hair then the neck and shoulders all in pencil first, as I needed to move the glasses down her face, it was so easy to replace the templates to fix any rubbed out lines. 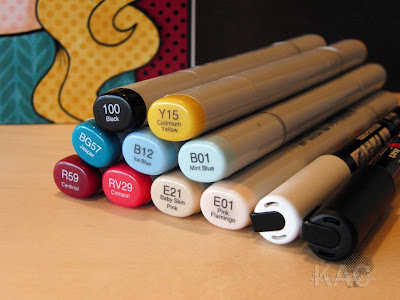 I then stamped most of the facial features before colouring in copic markers. I must mention that it's probably best to draw the hat first before the other steps of the templates as you will need to adjust some of the hairstyles to fit in under the hat band. I will try and get a video created as soon as I can to show you. 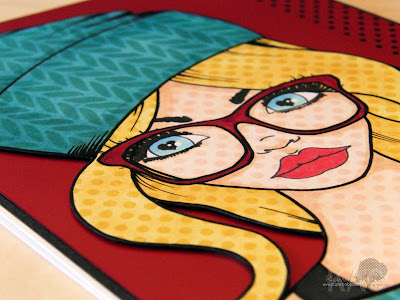 I have used distress inks over my copic colouring to get the texture and dots. I used the negative part of the pre cut hat template as a mask when inking through the knit stencil. As I did with the hair when stamping on the face. 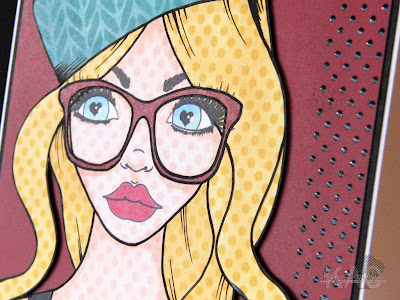 Then I cut the whole figure out and ran my black copic over the edges to hide the white and enhance the comic look. I've added a few pop dots to the edge of the background in black embossing. 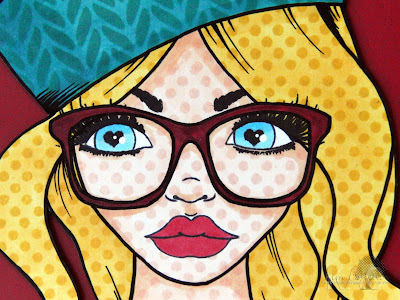 I used the glasses template as a mask when I stamped her eyelashes to really give them perspective.

Ok that's me, now it's time to head over and feast your eyes on

Thank you so much for stopping by today,
I hope you've been inspired enjoy a wonderfully creative day!
HuGs Kim and the team x

Thank you for taking the time to share your comments!
Enjoy a wonderfully creative day!
HuGs Kim Click pic above to join in with our current challenge. Promote your Page too

It's a new mixed media month, yay but are you like me and occasionally a little late at changing the page on your calendars? Sorry I... 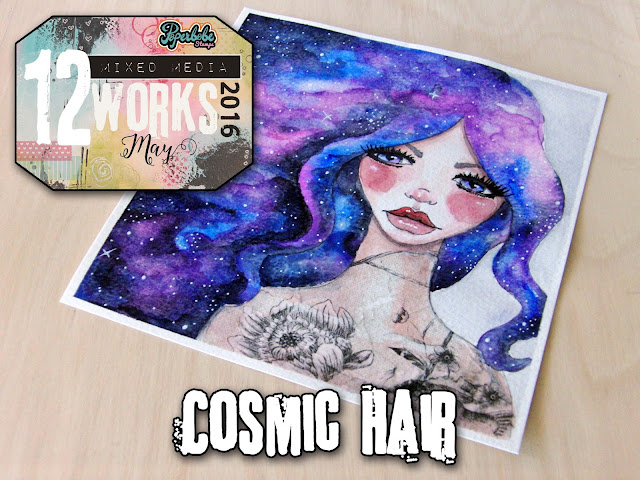